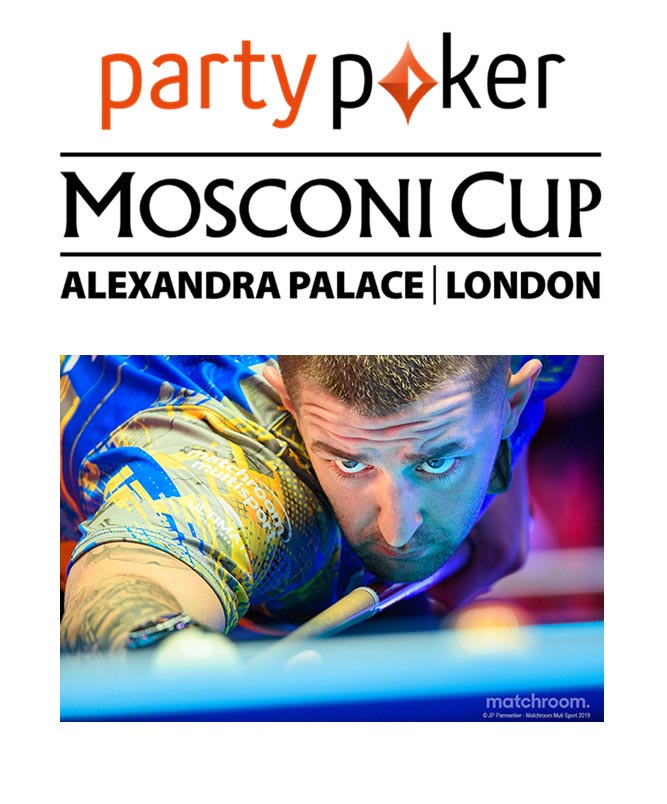 Click the image to view the larger photo - use "back" to return here.
Shaw Joins Team Europe

Jayson Shaw will make his fifth consecutive appearance on Team Europe at this yearâs partypoker Mosconi Cup after being selected as captain Alex Lelyâs first wildcard pick for poolâs showcase event, which will take place at Alexandra Palace, London, this December 1-4, live on Sky Sports and DAZN.

Former US Open champion Shaw made his partypoker Mosconi Cup debut in 2016 and made the winning 9-ball in front of a raucous Ally Pally crowd that year. Shaw was again a key contributor as Europe retained the Cup in 2017 and has become a senior member of the team despite defeats to Team USA in 2018 and 2019.

âI am delighted to be back on the team,â said Shaw during his unveiling, which was broadcast on Matchroom Poolâs YouTube channel and social media pages.

âIt is what everybody plays for all season, to try and play in the Mosconi Cup and I feel honoured to be back on the team. I am praying now I am in that everything goes smoothly, and we can get back to a bit of normality for everyone. Then we can do what we do best, which is playing pool, and get out there and enjoy it.

âThis will be my fifth time, so I have a lot of experience in the team. I know what is going on, I know how to try and push the players up and make sure everybody is ok. I think this year with the four wildcards it is going to be a little bit different for Team Europe. Not saying we werenât strong in the last couple of years, but I think with the wildcard picks for the captains it is going to be much stronger than it has been."

âSince the lockdown, I let it go for the first couple of months, but the last month and a half I have been really finding it difficult. Finding stuff to do all of the time is hard work but Iâm trying to play as much golf as I can just to keep that competitive style going. Iâm practicing at home every night but I need something else for that feeling of competing in something.â 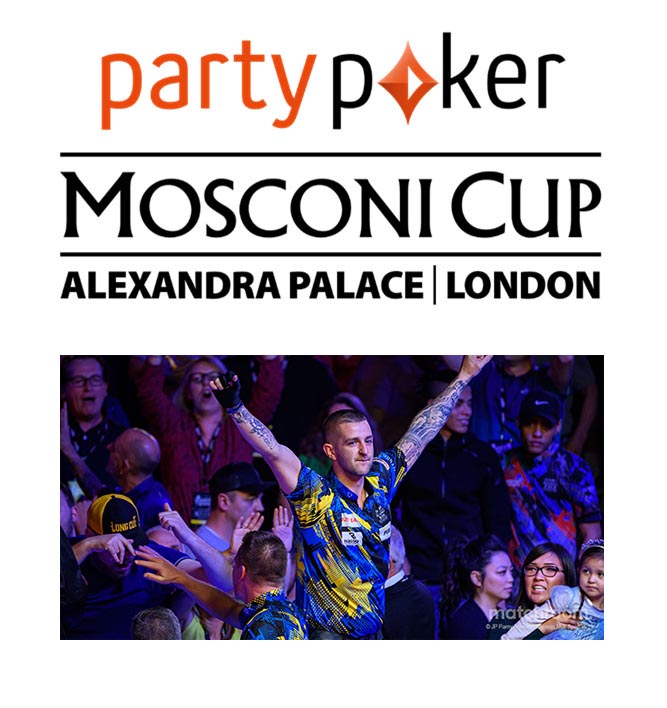 Click the image to view the larger photo - use "back" to return here.
âHe shoots amazingly good pool, he is a team player, he is a champion, and in particular he is a player who is growing into a leadership role,â added captain Lely. âWith the years, he is an experienced Mosconi Cup player and with that experience, away from the table he we will have a big role to play as well to carry the team and to carry the ambience in the team.â

Team USA captain Jeremy Jones will announce the second player to join his roster next week.

Matchroom Pool are still hopeful and determined the partypoker Mosconi Cup will take place this year and are in constant detailed discussions with the relevant organisations and personnel to stay up to date. Our highest priority is the safety of everyone connected with the event however we are working hard to explore every avenue to making this work and will continue to do so, if it is possible.