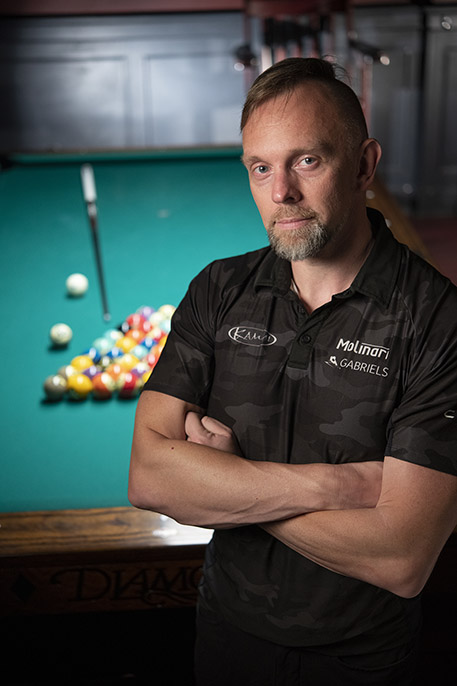 All photography courtesy of Â©Mike Panozzo/Luby Publishing - used with permission.
Click the image to view the full size photograph - use "back" to return here.
Thorsten Hohmann Elected to ï»¿Billiard Congress of America Hall of Fame

The Billiard Congress of America (BCA) Hall of Fame will welcome a three-time world champion and the winningest straight-pool player of a generation to the Hall of Fame class of 2021. The United States Media Association (USBMA) today announced that German-born Thorsten Hohmann has earned induction into the sportâs most prestigious club.

Hohmann, who will turn 42 on July 14, narrowly edged Philippines star Dennis Orcullo in voting and will enter the Greatest Players wing of the BCA Hall of Fame. The induction ceremony will take place on Friday, Oct. 29, at the Norfolk Sheraton Waterside Hotel in Norfolk, Va., in conjunction with the 2021 International Open. In addition to Hohmann, the 2021 BCA Hall of Fame Banquet will also feature the formal induction ceremony for womenâs world champion Kelly Fisher. Fisher was elected to the hall in 2020, but no ceremony was held due to COVID-19 restrictions.

âYouâre pranking me, right?,â Hohmann said when informed of his election. The response was not unexpected from Hohmann, who despite his impressive resume has been routinely passed over in conversations about the best players of his generation.

âThe past 10 years I havenât been as visible,â Hohmann admitted. âI know that when the question of who the greatest players are my name doesnât come up immediately. The Matchroom events are big exposure for players and in the last 10 years Iâve rarely been invited. I always seemed to have to battle other Germans. There was Oliver, then Ralf and now Filler. It was always difficult to get the spot they hold for Germans. So, I donât have a chance to win some of those titles and those things make a difference in peopleâs perceptions.

âInterestingly, I went back home a week ago,â Hohmann said. âIt made me nostalgic, to come from this super tiny town. I remember dreaming of becoming a good pool player, but I never thought about moving to a different country and reaching this level. As a kid you travel and play. The Americans were still dominant when I came here and many of them have been elected to the Hall of Fame, so to be in that special group is a dream. And after my heroes, Oliver and Ralf. Thatâs really special!â

Born in Fulda, Germany, Hohmann burst onto the pool scene in 2003 when he defeated Canadian Alex Pagulayan, 17-10, in the final to capture the WPA World Pool 9-Ball Championship in Cardiff, Wales, at the age of 24. Shortly after, Hohmann relocated to Jacksonville, Fla., to compete on the U.S. professional tour. Again, he made an immediate impact. After finishing second to American Gabe Owen at the 2004 U.S. Open 9-Ball Championships, Hohmann won three major titles in 2005: the BCA Open 9-Ball Championship, the Sudden-Death 7-Ball crown and the Matchroom-produced World Pool League. A year later, Hohmann earned his second world title, winning the 2006 WPA World Straight Pool Championship.

Voting for the 2021 BCA Hall of Fame was conducted by the USBMA Hall of Fame Board, which consists of USBMA members, elected At-Large members and living members of the Hall of Fame. Hohmann, in his second year on the ballot, was named on 24 of the 39 submitted ballots (62%). Orcullo, also in his second year on the ballot, was named on 22 ballots (56%). American Corey Deuel and Hollandâs Niels Feijen were both named on 12 ballots (31%). Shannon Dalton, Jeremy Jones, JoAnn Mason-Parker, John Schmidt, Vivian Villarreal and Charlie Williams completed the 2021 ballot. To be eligible for consideration in the Greatest Players category, a player (a) must be 40 years old by Jan. 1 of the year of their inclusion on the ballot; (b) must have a professional playing career of at least 10 years; and (c) must have recorded significant achievements in U.S.-based and international events recognized by the BCA. 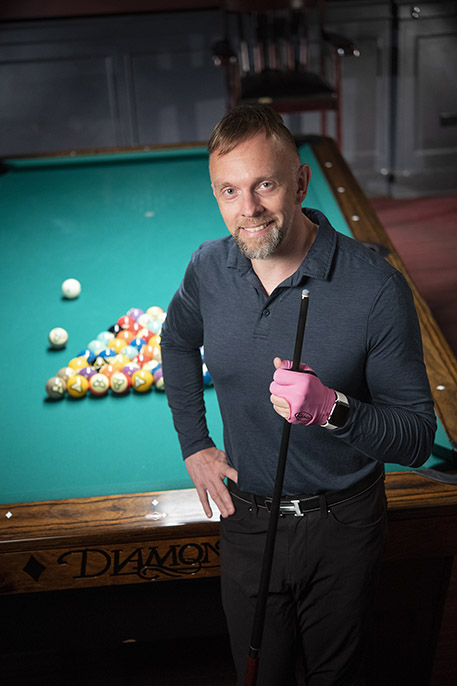 All photography courtesy of Â©Mike Panozzo/Luby Publishing - used with permission.
Click the image to view the full size photograph - use "back" to return here.

About United States Billiard Media Association
Founded in 2007, the United States Billiard Media Association (USBMA) is a non-profit association dedicated to elevating the visibility and status of billiards in the media at large. The USBMA consists of professional print, radio, TV, public relations and Internet media persons who cover cue sports. One of the associationâs main functions is electing of billiard media members to the Billiard Congress of Americaâs Hall of Fame Board for the purpose of nominating and electing players and notable figures to the Billiard Congress of America Hall of Fame.

About Billiard Congress of America
Founded in 1948, the Billiard Congress of America is a non-profit trade organization dedicated to growing a united, prosperous and highly regarded billiard industry through BCA leadership. The BCA seeks to enhance the success of its members and promote the game of billiards though educational, marketing and promotional efforts, annual industry trade shows, tournaments and other programs designed to encourage billiards as a lifestyle and make pool everybodyâs game. For more information, visit bca-pool.com or call 303.243.5070