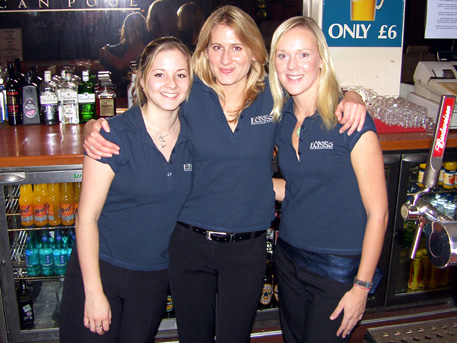 47 runners turned up on a very wet and windy Sunday and were rewarded with the best bar staff in the business and 25% cash added to the prize fund!

It's always a pleasure to visit Mickey Flynns, and this visit was no exception, indeed it was even better because it had been so long since they have held a "big" event. There were a lot of old reunions with old faces and you always get such a hearty welcome from the regulars.

You can see from the player list that the event drew an absolutely stellar field and the play was of the highest quality. Yes, it's another Mickey Flynns success story... Blimey, they even had SCOREBOARDS!

I'm looking forward to the start of the Mickey Flynns 8-Ball Tour. 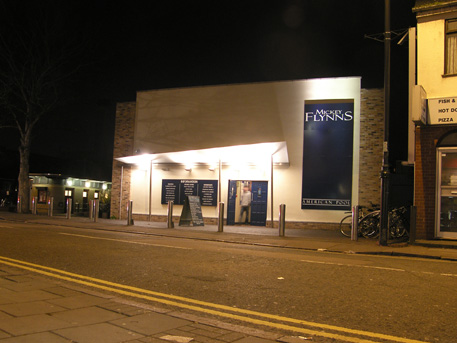 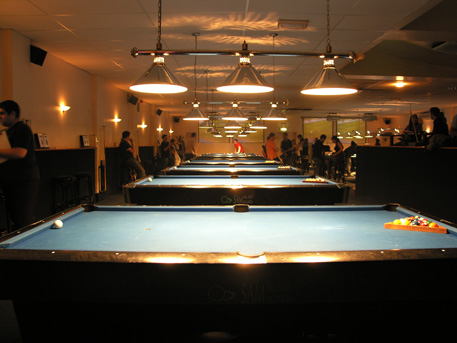 The wonderful facilities at Mickey Flynns in Cambridge 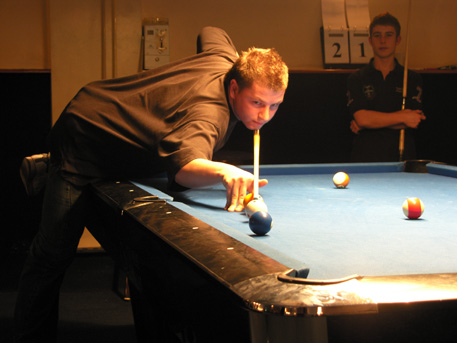 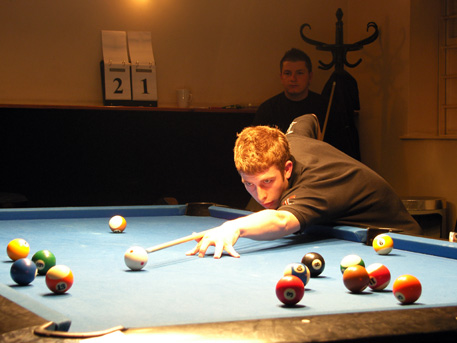 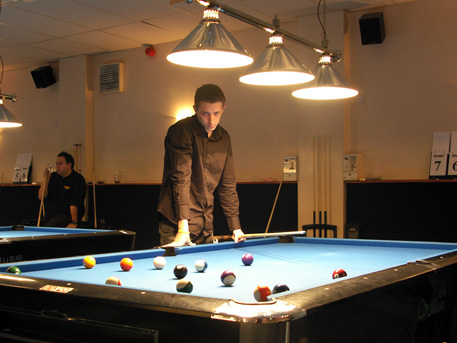 I've got to mention the incredible performance by Chris Buckmaster, he played the best pool I've ever seen him play yesterday.

His tactical strategy was flawless and appeared effortless, his potting was precise all day long and if he ever ran out of shape he calmly reassessed the needs of the game and adapted, or pulled out a stunning shot - a really professional temperament.

Frankly he looked dangerously relaxed all day and everyone mentioned it too, it really was a treat to watch.

Keep it up Chris! 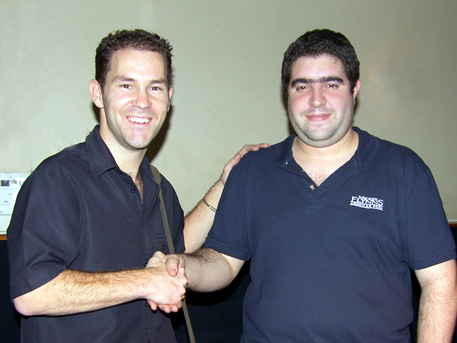 Carl Morris is congratulated by Richard Jones from Mickey Flynns

Former English 8 Ball Pool World Champion Carl Morris was gifted a walkover in the last 32 stage when his opponent didn't show up, but the rest of his opponents couldn't have been harder.

Local favourite Mickey Lambert gave a valiant effort with vocal support from the fiercely competitive Mickeys crowd, but to no avail. UK Top 16 player Matt Hyden didn't get a decent opportunity to get started in his game as Morris continued his unstoppable journey to the final. UK No.1 Mark Gray took Morris to the wire only to fall in the hill-hill game.

In the final Chris Buckmaster made a good start, Morris won the lag, but Buckmaster stole the first rack. However, it wasn't long before Morris equalised, and then unusually managed to win the third rack by using the three foul rule.

Buckmaster equalised the scores at 2-2 but that was the last time the scores were level, as Morris showed his pedigree and pulled further and further ahead.

Ultimately this was another good win for a popular fellow. 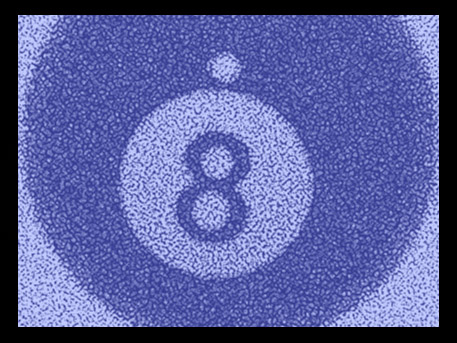 Check out the Pro9.co.uk calendar for details of the next Mickey Flynns events.