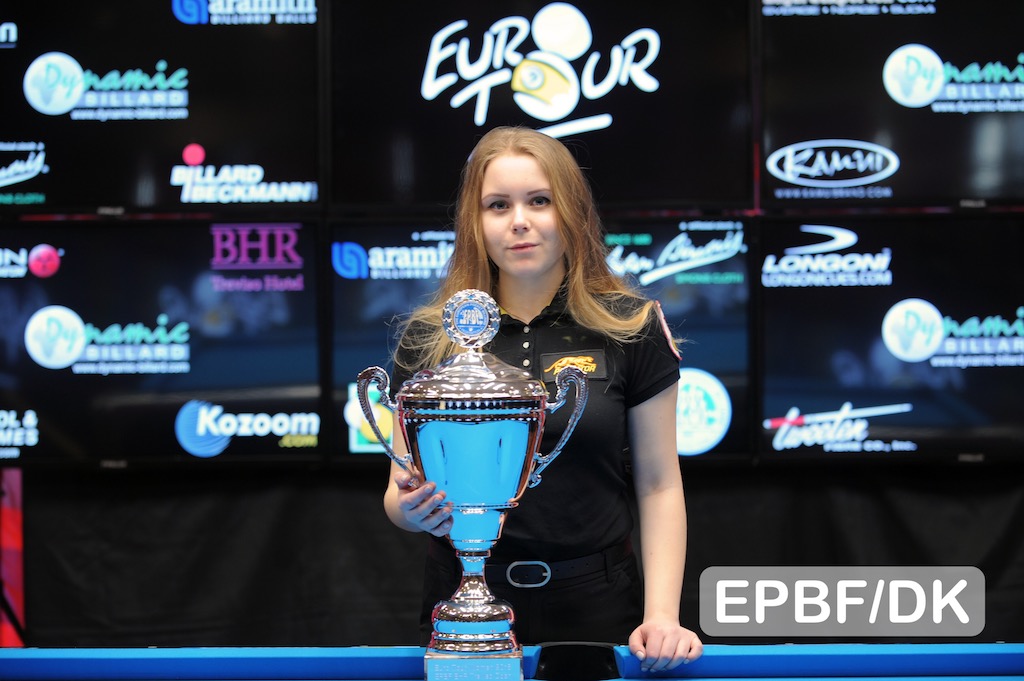 Kristina Tkach (RUS), winner of the first event in the EPBF Women Euro-Tour series 2018
Click the image to view the larger poster - use "back" to return here.
Tkach draws first blood in Treviso

Kristina Tkach (RUS) wins the first womens Euro-Tour event of the 2018 series, the EPBF BHR Treviso Open, with a more than clear 7:0 victory in the final match over Marharyta Fefilava (BLR).

Probably one of her toughest matches was the single elimination round of the last 16 players when Tkach met Jasmin Ouschan (AUT). After having taken a 4:1 lead over favoured Ouschan, Tkach lost her momentum a bit and Ouschan got back to 4:4.  At that point in time I struggled since I know that Jasmin is playing in another world than most of us, stated Tkach. But she kept her nerves together and turned the tide in the match. Ouschan could not capitalise from her break shot while Tkach pocketed what came in front of her on the table. In the end, Tkach was the deserved 7:4 winner. Then she encountered Germanys Ina Kaplan. That match was easier for her than she thought and in the end she advanced to the semi-finals with a clear 7:3 over Kaplan. In the semi-final match, Tkach almost found her Waterloo against Ana Gradisnik (SLO). Tkach was almost there, being on the hill with a more than comfortable 6:1 lead over Gradisnik when suddenly the Slovenian started to pull rack after rack from Tkach. The heat was really on in that match when Gradisnik got to 5:6. But then, Tkach showed her coolness and brought that match home, winning with 7:5 and entering the final match. 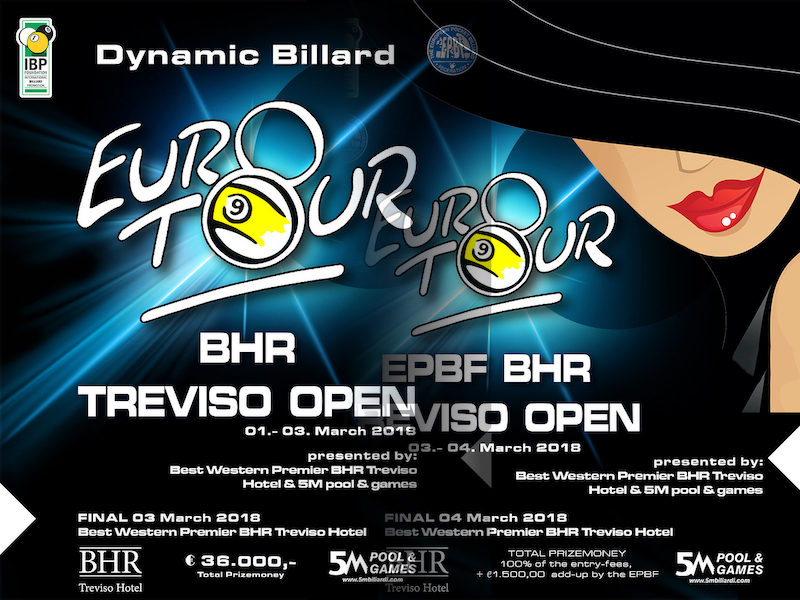 The final match was a  one-woman-show by Kristina Tkach. Though Fefilava had won two events last year and played quite strong in her recent matches (7:3 over Kateryna Polovinchuk UKR; 7:4 over Helena Benjamin SWE and 7:2 over Christine Feldmann SUI), but in the final match she could not get one foot on the ground against Tkach. The whitewash she received in the final match was not a just display for her overall performance here in Treviso but it was a well deserved victory for Tkach.

 I really worked very hard over the past years, stated Tkach after the match,  and I feel I have gained from that and achieved a decent level of play.  Winning an event like this is always a great feeling. I am very happy about my victory here in Italy, added Tkach.

Even after her victory, Tkach is still on second place in the new European Women Ranking, lead by Fefilava with 80 points in front of her. Katarzyna Wesolowska (POL) is on third place with Jasmin Ouschan coming in 4th.

The event was hosted by the European Governing Body for Pool, the European Pocket Billiard Federation (EPBF) and organised by International Billiard Promotion (IBP). For further information and reference please go to the federation website www.eurotouronline.com visit us on Facebook or check out our youtube channel for regular news clips or contact our press office press@epbf.com. 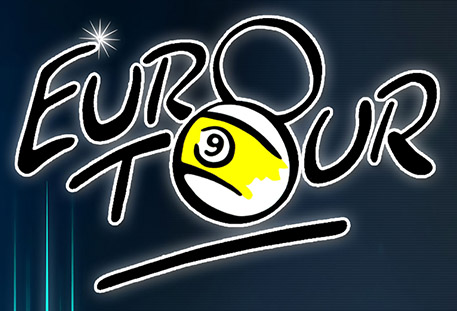